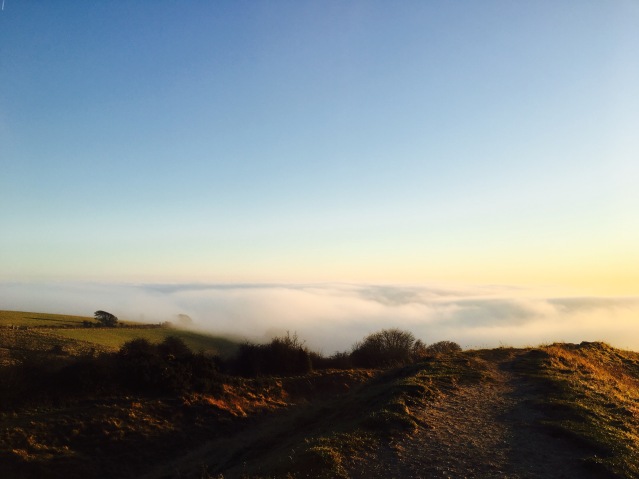 I started 2016 unsure if I could complete a marathon, unsure of my future, where I was going and in some ways unsure of myself. I’m ending it knowing the answer to at least one of those questions and realising that it’s ok to not know the answer to the others.

2016 has tested me, it has pushed me towards some dark places and I’ve had to dig deep to stop myself from sinking in. I’ve had some incredibly difficult times. I’m not saying this for sympathy, but instead for the honesty that even amongst such achievements, happiness and smiles! There is a struggle, a real and honest and at times ugly personal struggle, and that it’s ok to admit that.

This year I’ve learned even more that I need to own my lows, to be open about them, to share them and to not give in to them. The phrase ‘you’ve been through worse than this’ has never been said more in my own mind, but it’s true; I have an incredible track record of getting through it, whatever IT is, it hasn’t beaten me yet.

Running teaches you a lot about pain, pushing through and moving forward. It also teaches me personally to be proud of myself, to be in love with the body and mind I have because they are insanely capable! Most of all though it teaches that it is never about being better than, it’s only ever about being BETTER.

So it’s easy to see why amongst some of the turmoil I’ve had, I find it ever so easy to get out the door, because I truly love to run. This year my running has given me so many highs, my miles and my progress have been truly awesome. It’s been hard as hell at times but it has been worth every single step. And I just have to give the spotlight of 2016 highs to Brighton (my first) Marathon!!

Training for Brighton Marathon, and running it for mind was by far the most incredible experience of my life. It changed my trajectory in a way I never knew was possible. I opened up about the times when I wanted to die, and since then I’ve spoken at events and down the local pub about how low I’ve been and how that’s nothing to be ashamed of. In doing so I’ve had the most beautiful conversations with people, which have helped me as much as I hope they’ve helped them.

Running Brighton for Mind allowed me to find my voice and create the most positive outcome from such a negative time in my life. Since that day I fell in love with the marathon, I’ve only gone and run it another 2 times since! I fell even more in love with running, if that’s possible! It’s given me the opportunity to have met incredible people, run the most ridiculous amounts of miles (all around the world), and get the dreamiest looking medal haul you ever did see.

Not wanting to bore you with my rambles about race highs and times that you’ve heard before, here’s a little collage of some of the other best bits of 2016, basically all the running! Thank you for making me feel part of the club!

I have 7 marathons booked for 2017, some huge times to chase down, fabulous adventures to go on, and I know meeting more and more of you incredible people is going to be high on the agenda.

I have so much to be grateful for, so much to look forward to, and so much to be proud of; sometimes you just need to sit real still and appreciate that feeling for as long as it wants to linger!

Now where’s the bubbles at!